YOUR TAXES IN TEXAS BY TERRY HOLCOMB 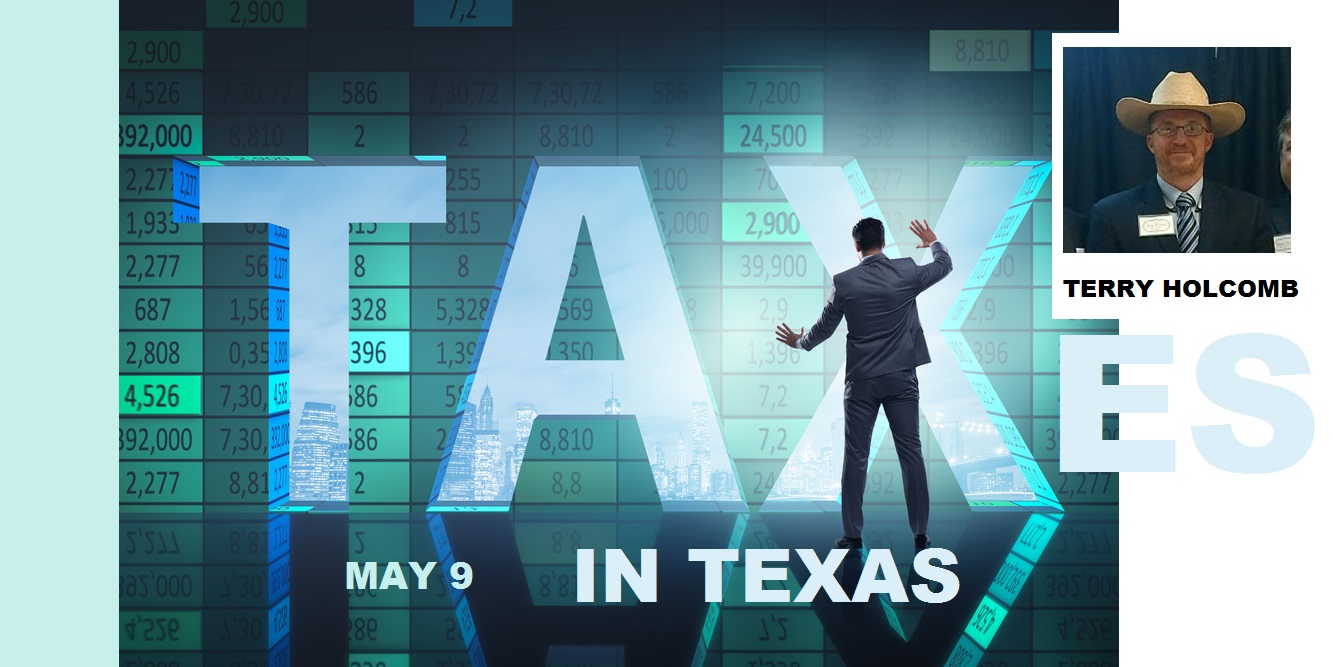 Last month's guest special guest speaker, Terry Holcomb provided attending members a presentation he presented at the state convention of the Republican Liberty Caucus of Texas, and is widely known as one of the best presentations on taxes in Texas.

Terry Holcomb is a long time activist in the Republican Party of Texas, and is currently the SREC SD3 committeeman, who serves on the Auxiliaries & Coalition Committee and chairs the Legislative Affairs Committee. Terry is also the Executive Director for Texas Carry and was highly influential in seeing open carry passed in Texas. Terry has also been working on the grassroots priority to reduce property taxes through elimination and replacement.  His presentation on taxes, previously presented at the state convention of the Republican Liberty Caucus of Texas, is among the best on taxes in Texas. Terry Holcomb is also the Pastor at CrossRoads Baptist and is the Vice Chairman of the San Jacinto County Republican Party.