Houston, TX July 28th, 2015 – The Log Cabin Republicans of Houston endorses candidate Steve Costello for Houston City Mayor. Houston City Council Member Costello represents the values of fiscal responsibility, social inclusion, and sound qualifications that the Log Cabin Republicans seeks in a candidate. As the next Mayor of Houston Stephen Costello will work to solve the city’s looming financial crisis, rebuild our city’s infrastructure, and stand up for the rights of all Houstonians to be treated equally and fairly before the law.  “After interviewing several candidates, Steve Costello offered the most fiscally sound policies to fix our roads and traffic, prioritize public safety, and protect taxpayer money,” said Houston Log Cabin Republican President Antoine Taylor. “In particular, his efforts to lower street and drainage debt by nearly $350 million over the last 4 years, combined with tripling the amount of annual funds dedicated to fixing our street and drainage problems made him the overwhelming choice of these Republicans.”

An engineer by education and trade, Steve was trained to look at problems and work to find a logical solution. His successful engineering firm, Costello, Inc. has not only helped grow hundreds of new jobs in and around Houston, it has also been named as one of the “best places to work” by the Houston Business Journal.

Steve continually works to serve his neighbors and his community. He has helped protect and expand our parks and public green space through public advocacy efforts, and has also worked to cut wasteful spending, develop solutions to our many infrastructure needs, and even fought to protect our most vulnerable against dangerous “pay-day” lending as a member of Houston City Council.
Those interested in joining our movement to elect sound fiscally responsible and socially inclusive candidates like Steve Costello should visit www.logcabinhouston.org and sign up to become a member.

Bill Frazer served as Chief Financial Officer of CB Richard Ellis Capital Markets, one of the world’s leading commercial real estate financial services firms. As a board member of GEMSA Loan Services, he helped form one of the nation’s largest commercial real estate loan management and advisory service companies. Bill has been a licensed Certified Public Accountant since 1975. He is a past President of the Houston CPA Society and has served on the Board of Directors of the Texas Society of CPAs for the past 20 years

First, a swat team of members of the Log Cabin Republicans of Texas visited over 50 offices of state representatives and senators, blanketing the Texas State Capitol for a day with messaging aimed at raising awareness of issues of concern to LCR members and supporters, GLBT and not. A recent poll revealed that two-thirds of self-identified Republicans and Republican-leaning voters under 30 support same-sex marriage rights. This could explain why all the young staffers that support our state Republican legislators welcomed the LCR members warmly and with expressed interest in their concerns.

Then, On February 23 we received the announcement that the national organization of Log Cabin Republicans was given an invitation to speak at this year’s Conservative Political Action Conference (CPAC) as part of the panel “Putin’s Russia: A New Cold War?” This was a highly visible step forward by the GOP leadership towards a more public acceptance of those advocating GLBT issues and concerns.This was followed on February 27, with LCR Houston’s own fundraising dinner keynoted by the top GOP officeholder in Harris County, Harris County Judge Ed Emmett, who delivered an energetic, yet intellectually nuanced speech that charmed and energized all those present. The event was attended by many GOP officeholders and candidates, including several running for city-wide offices, from mayor, to comptroller, to city council; and brought in several thousand dollars into the LCR coffers, easily breaking last year’s record haul while raising LCR Houston’s profile in local policy circles.

A new era of inclusion is dawning at the GOP, with all kinds of possibilities for new ideas and initiatives to address the challenges and concerns of Americans of all walks of life, including those in the GLBT communities. If you have been waiting for the right time to make your voice heard; to become part of the governing process of the governing party of Texas; to influence the party that is poised to set the course of the country in 2016, what better time can you imagine? 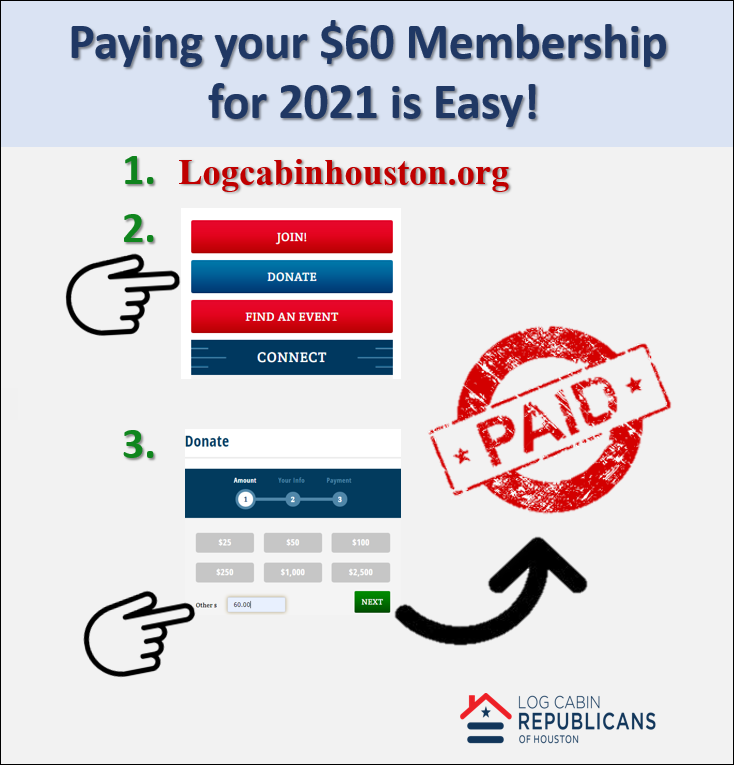 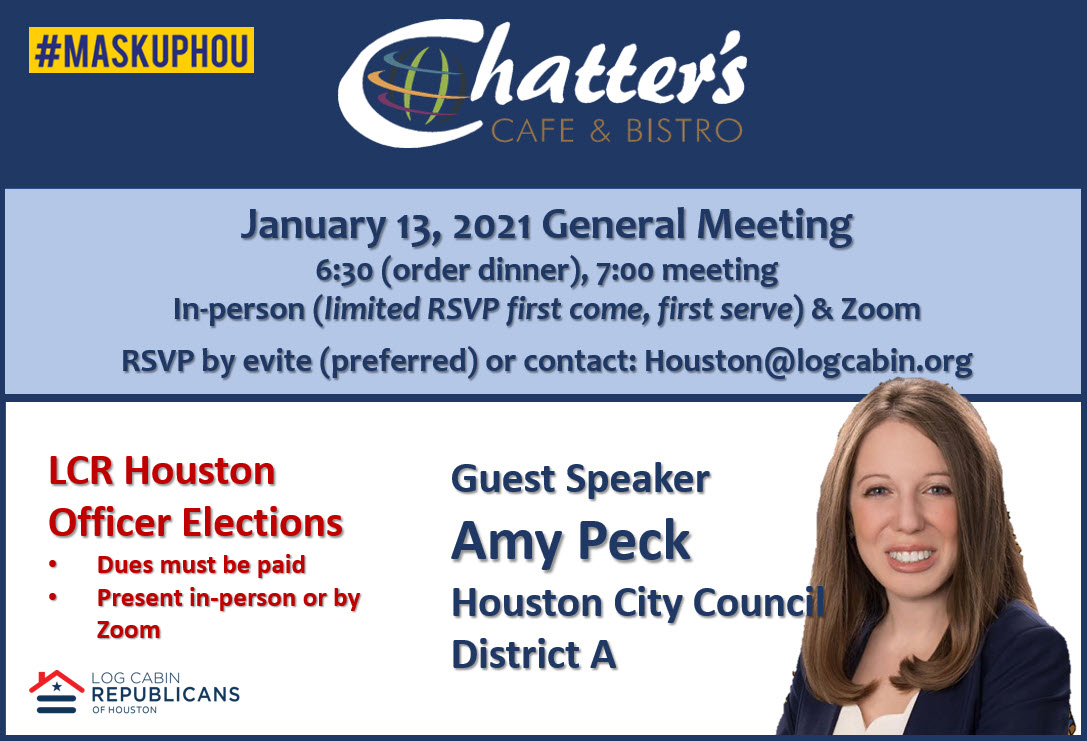 CONGRATULATIONS ON YOUR ELECTION VICTORY! 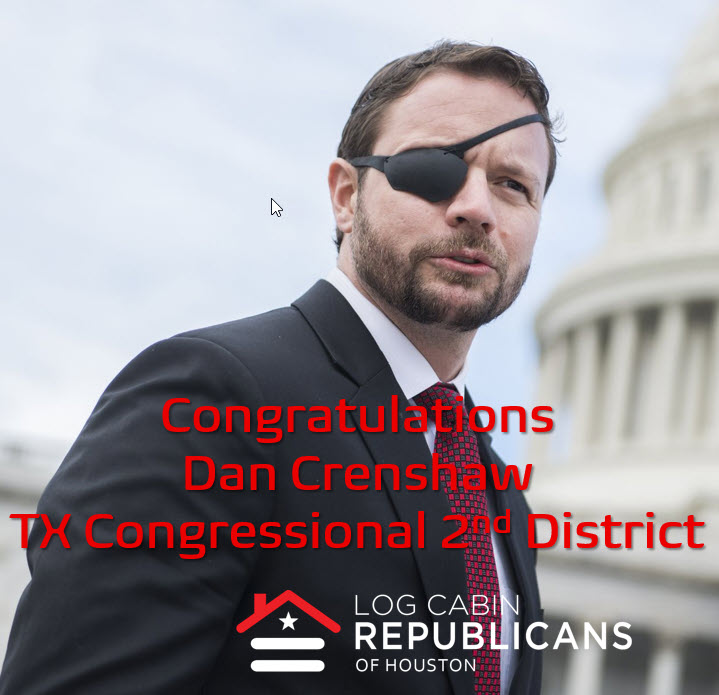 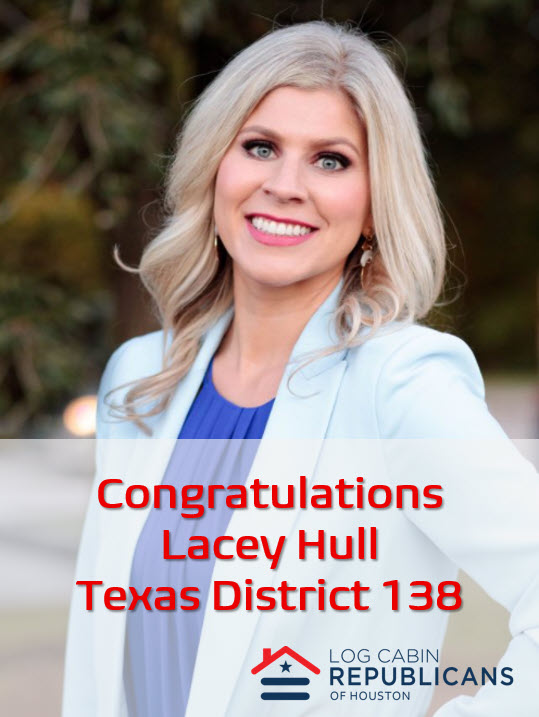